Creating prosthetics that enable and empower amputees to live a rich and fullfilling life while at the same time humanising the process of restoration
Read more...

Unless you’re a pirate and consider the metal-embellished leg stump as an addition to your weapons arsenal, it used to be that a lost limb was replaced with a crude imitation and often hidden in embarrassment.
Read more...

Our existence is fragile and humanity has been dreaming about enhancing the body ever since it became aware. Whether it was to escape the sabre tooth tiger or to catch our prey. We wanted to improve eyesight, repair broken limbs, replace missing body parts. And not just to improve deficits, but humanity has adorned and enhanced itself for other reasons: self-esteem, pro-creation, power display, alliances.

Science fiction books and films have tried to articulate and visualize these dreams. Starting with Frankenstein’s monster moving around with huge bolts in his head and evolving into the mechas and powered exoskeletons in District 9 and Elysium for example.

Science fiction is becoming reality thanks to giant leaps in the development of 3D printing technology. It is in the less publicized applications that these advances could impact on our daily lives. They will play out in the field of medical developments trying to ease the suffering and improve the quality of life of accident victims and in changes to the way consumer products are conceived and produced.

To comprehend the relevance of this kind of research, one only needs to look at the media response they evoke. The Cortex cast for example hit more than just a nerve when it was published first by dezeen. Within a short amount of time various other internet based media outlets had picked up his story and shown it in a context relevant to their readers. The really interesting ones are the ones outside of the creative design community, like Forbes, Wired, core77 and iflscience.

As previous research topics have proven, 3D printing technology can play an important part in medical rehabilitation. As each medical circumstance is unique, the printing technology is constantly developing to cater for more and more scenarios where the aids have to support and interact with the human body.

Adornment in the shape of fashion and jewellery is intended to highlight the individuality, status or sense of belonging of a person and so far had been catered for through individual crafts people creating bespoke items of clothing, jewellery or furniture for a few. The advent of high-resolution scanners and 3D printers can be instrumental to remedy the loss of individuality during the rise of the industrial revolution.

As an example two of our student projects examined how to use detailed scans of body parts to create objects that cater to personal requirements. Earl Stewart designed a shoe that ensured quality support while making a fashion statement. Julian Goulding created personalized head phones of digitized scans of ear molds.

Physical augmentation had been restricted by materials and processes: either it did a great job, but was in an incongruous relationship to the human body (exoskeletons, artificial limbs) or the job performance deteriorated as the materials were inadequate (soft tissue prosthesis). The incongruous nuts & bolts technology of old is getting replaced by a compliant, fluid and individually designed approach. As the body consist of a complex network of soft tissue, malleable cartilage and rigid bones, any support has to be compliant for these different areas.

Recent student projects demonstrate how adaptable the new processes are to the different physical requirements. Jake Evill examined how to create support for a broken bone and designed the Cortex cast. The 3D printing program incorporated the x-ray data from the break point and the scan data of the whole arm to create a rigid support structure with less stress on the rest of the arm. Zach Challies meanwhile explored how to improve on the fit and look of a nose prosthesis. Within one object he had to create different levels of rigidity: soft at the contact point with the skin and rigid within to maintain its shape. 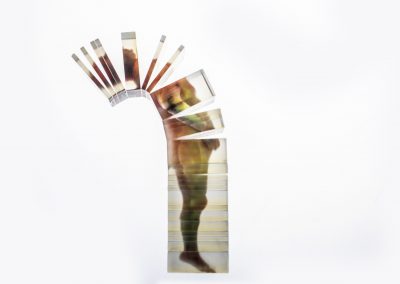 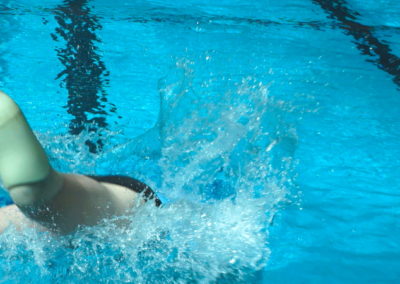 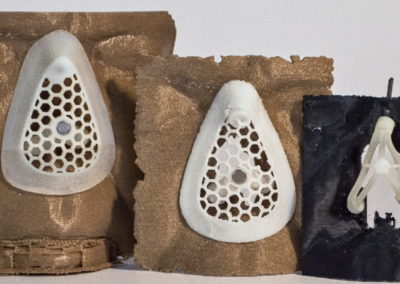 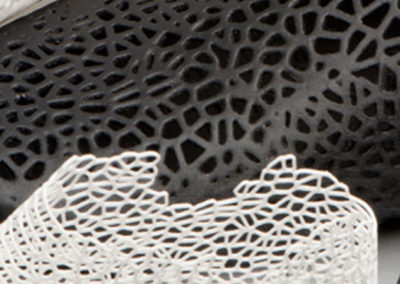 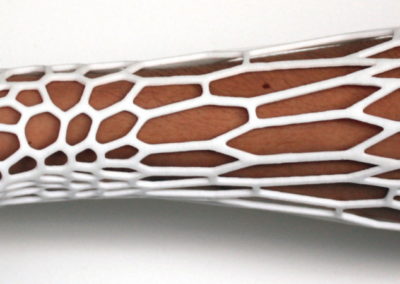 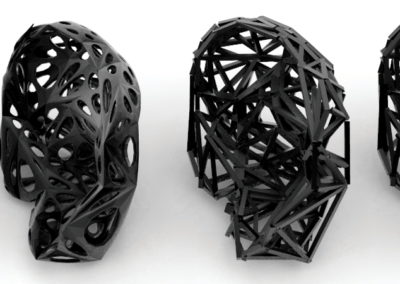