Just like in plants, the photovoltaic liquid rises in the morning, collecting and converting the power from the sun and receding towards the end of the day and resting overnight
Read more..

Imagining and producing creatures that have commercial potential as an alternative to the time- and labour-consuming Computer Generated Images (CGI) or Claymation/ stop motion processes
Read more...

What does the future have in store for us? A future owning us or owned by us?
Read more...

In terms of evolution in the field of digital biology we have advanced a lot since the early 2000’s.  In the beginning we had created objects through generative code that showed life-like behaviour and appearance, but were restricted to a life on a computer screen. To see it in a 3D reality we had to ‘kill’ it, slice it and then print only one moment of its life with a mono material printer.

By combining 3D printing and generative coding the first design experiments, like Metaglobs (2008), yielded an interesting result. The Metaglobs were considered in various environments and looked astonishingly at home in a natural space like the sea. Even though they looked like nothing in our known sphere of nature, the implication was that the generative code is similar to Nature’s genetic numerical code.

A revelation occurred during the following research process of Blossom (2012):  even though written in a fixed code, the Connex2 dual material printer was able to approximate a sense of fluidity and make a 2 dimensional design seemingly come alive in the real world.

Continuing this exciting development with the help of Stratasys and their next model printer Connex3 Lissom (2014) was born to an aquatic life, seemingly floating around an ocean and interacting with its environment.

Like a good actor coming alive in front of a camera, these printed living objects/creatures can convey an additional dimension of a design.

As production methods have developed from 2 dimensional blueprints and rigid prototypes towards 3 dimensional animations that become living objects of our real 3 dimensional life.

The current technological advances in printers and printing materials enable us now to envision products and creatures onscreen and give birth to them on multi-property, multi-material printers. With these printers we can now pull them into our physical world alive and kicking. 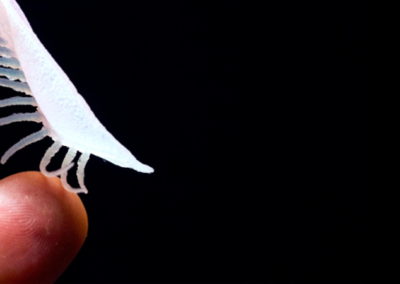 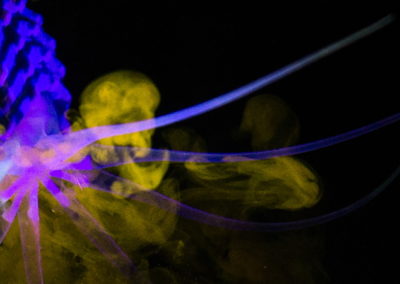 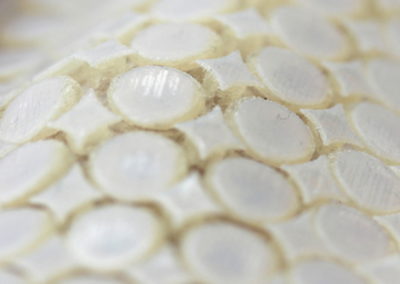 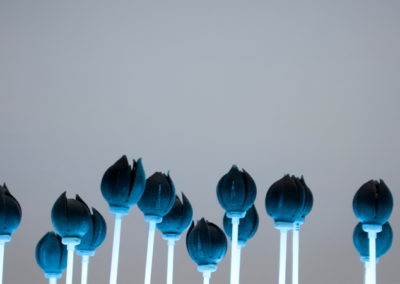